Could it have something to do with the fact that I used After Effects in between to render an animation video??? I have restarted the computer and now Videomeld once again renders like it should...

I have made a couple of video's using Videomeld and have rendered them succesfully, but now, all of a sudden, Videomeld refuses to meld them to a Video file, saying: File could not be saved. Unable to encode audio. 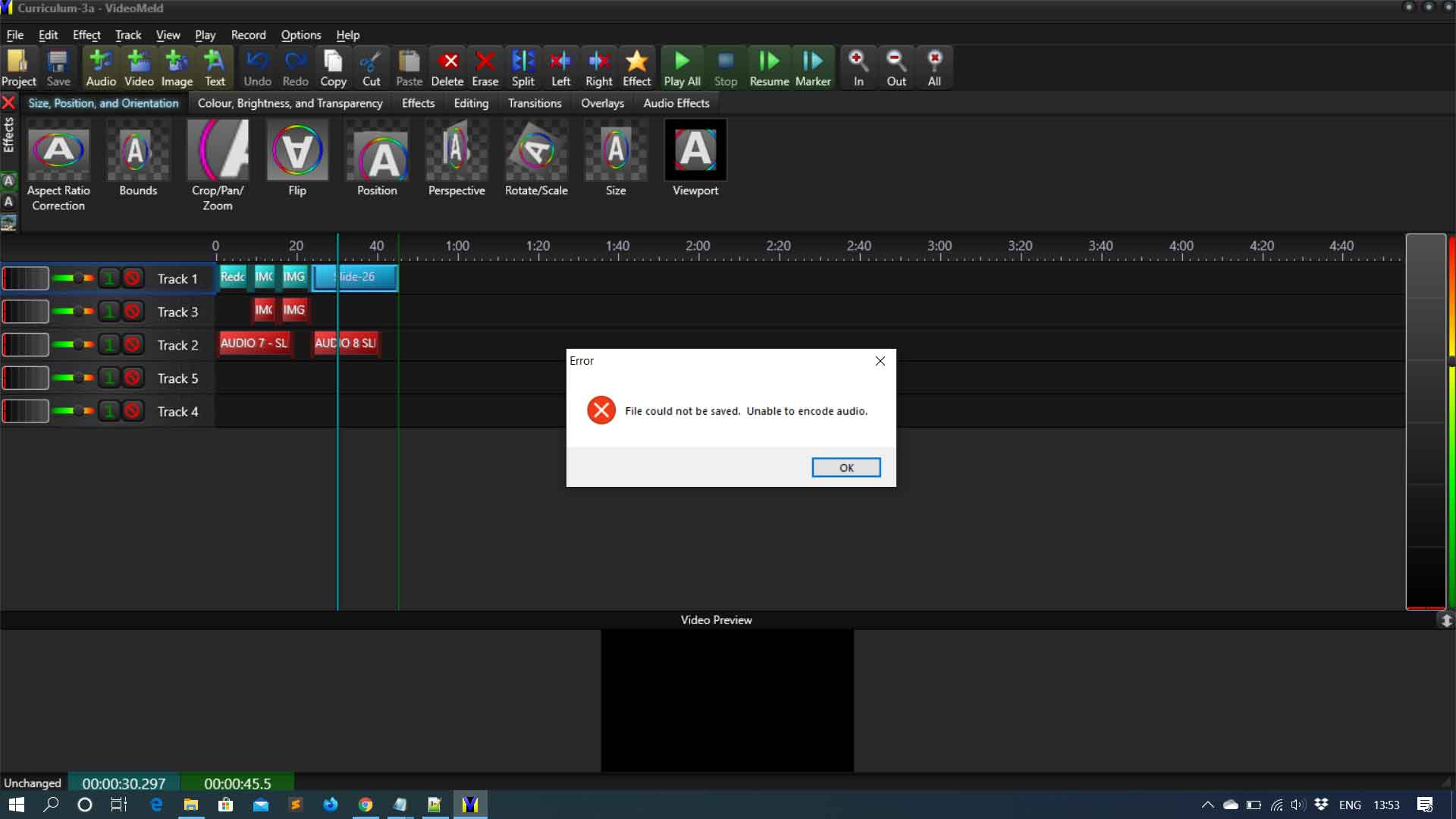 I'd like to see a resizeable, or at least a larger video preview window in the next version of VideoMeld. Also, an option to color correct videoclips would be very useful.

I think I found a bug. When opening a project that has some files relocated to a new folder, I can look for these files in a different location. But if I switch to Windows Explorer to find the file in question, VideoMeld hangs. When I return to VideoMeld, it has become unresponsive.

Re: Cross fading video does not work

Okay thanks, I did not realize that the video have to be on different tracks (which is not required in, for instance, Adobe Premiere).

Cross fading video does not work

I tried to make a video using cross fades between the scenes, but that does not show up in the preview or in the end result. Is this a bug?